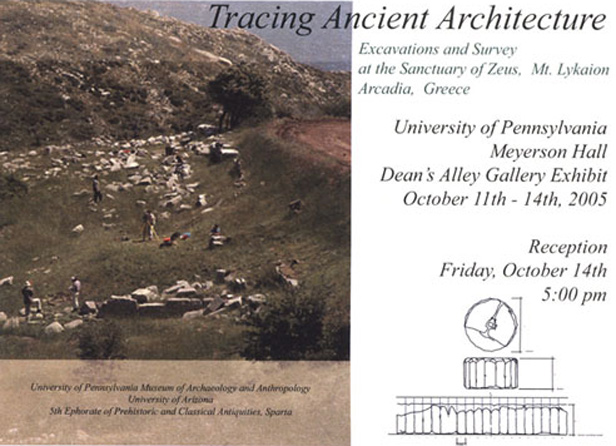 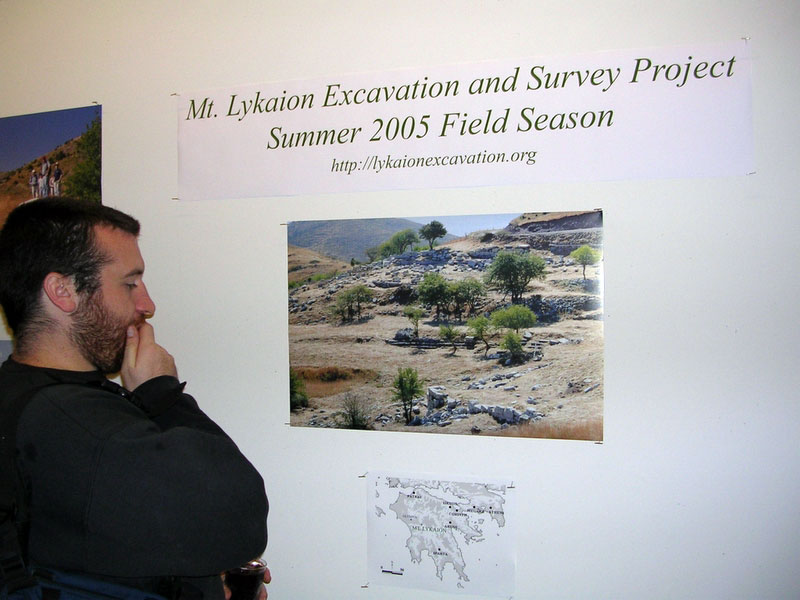 Fig. 1: Dave Pacifico in front of the title panel. 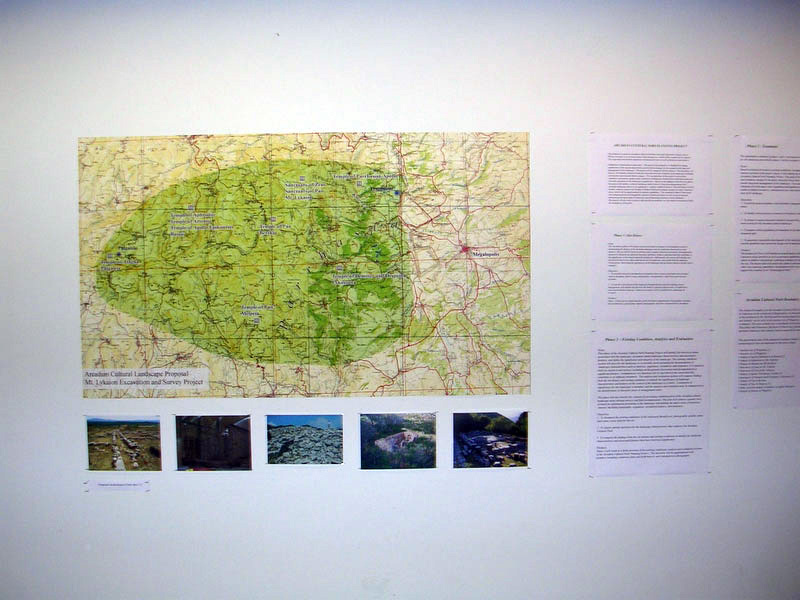 Fig. 2: Proposal, including map, text and photographs, for the national park. 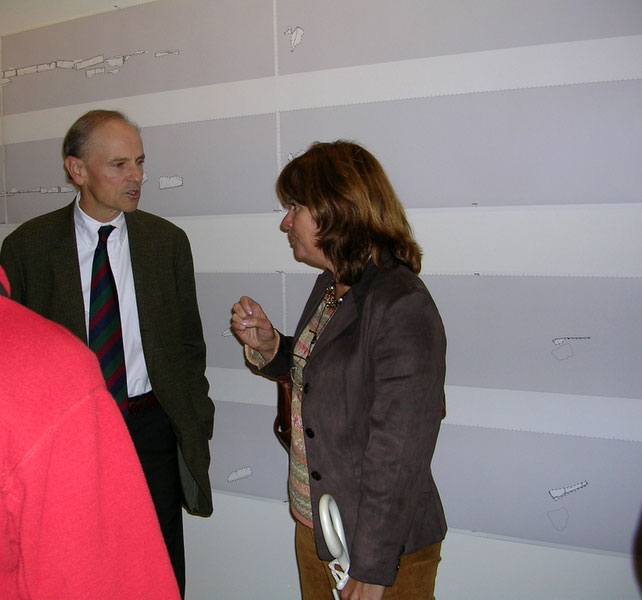 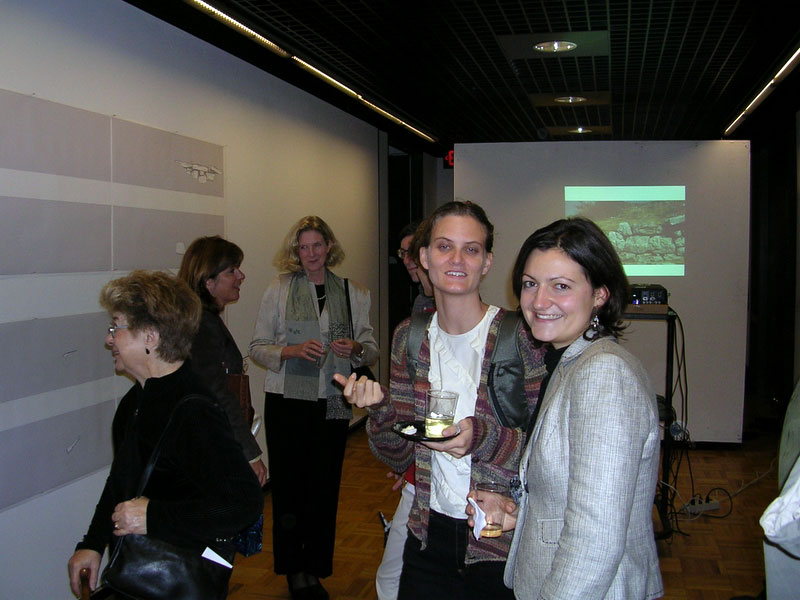 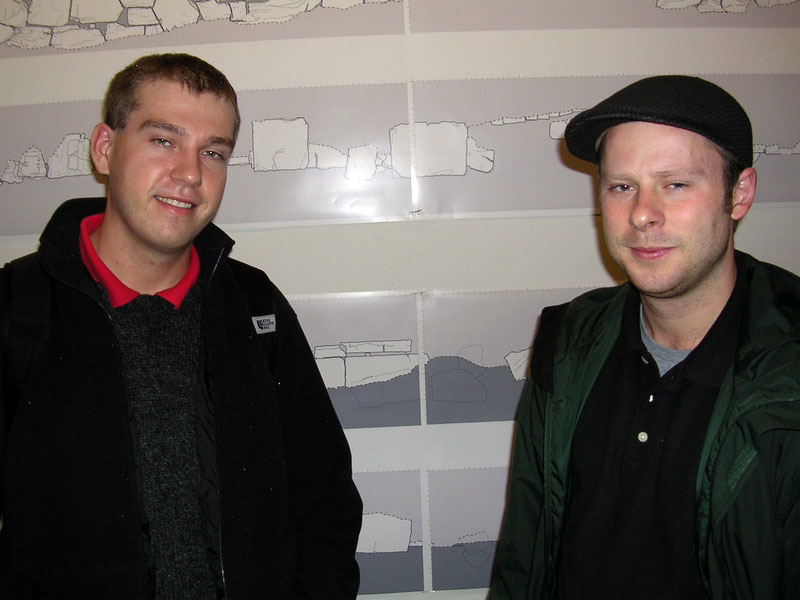 Fig. 5: Nick Kendall and colleague in front of 1:10 actual state plan of stoa. 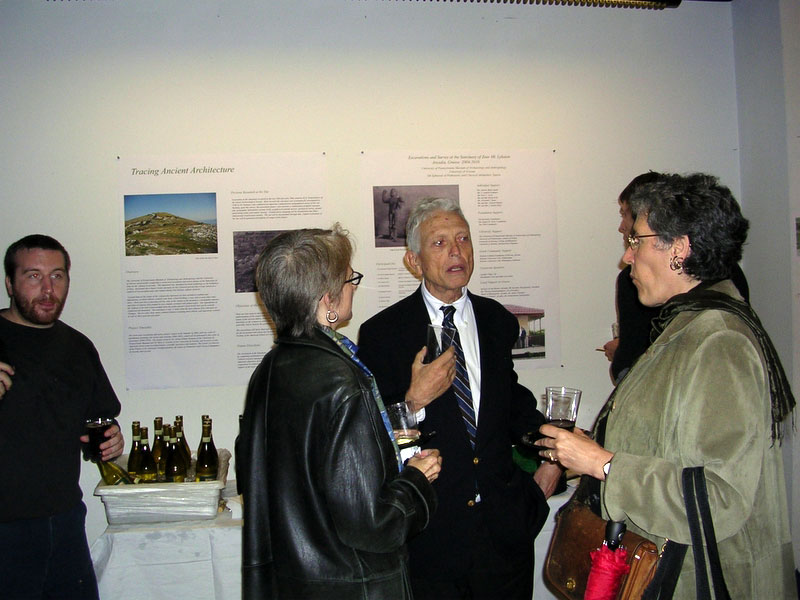 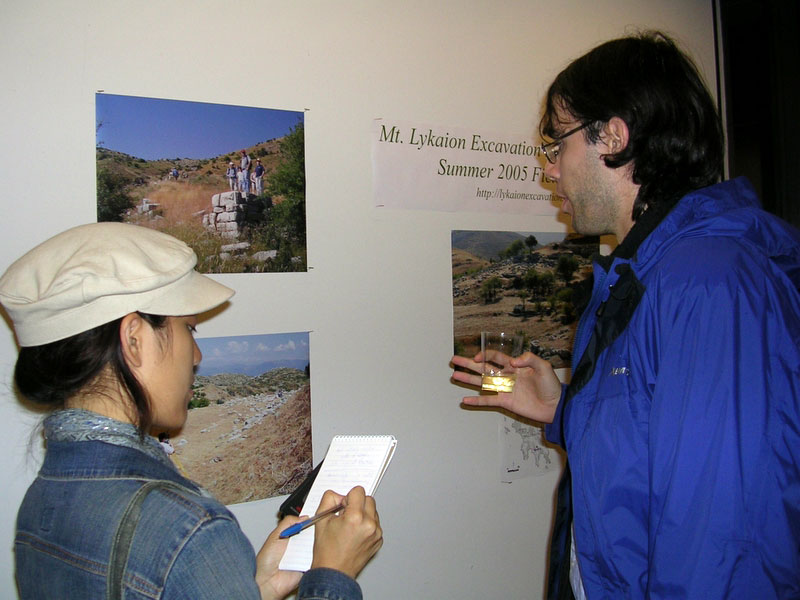 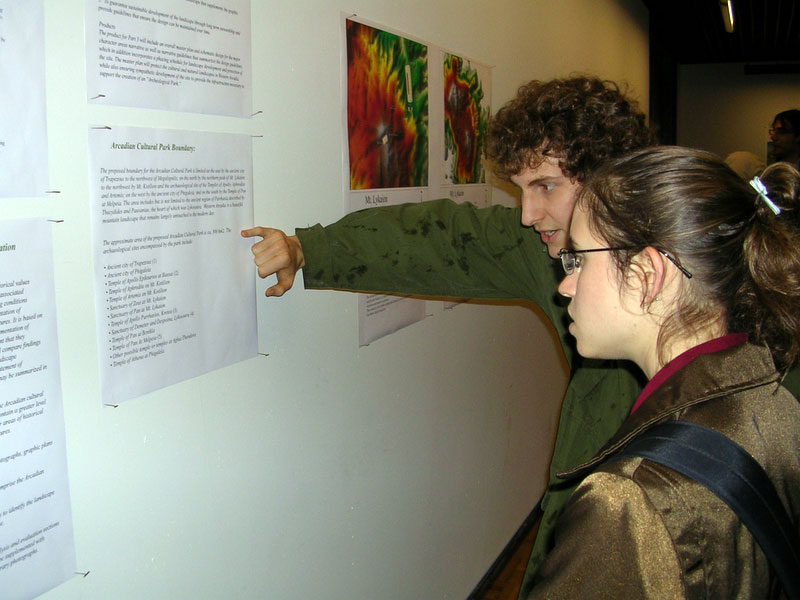 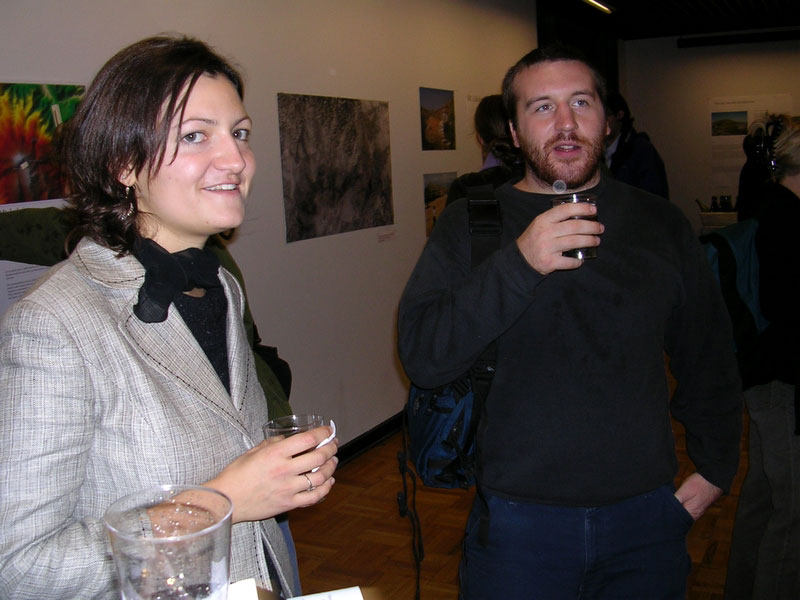 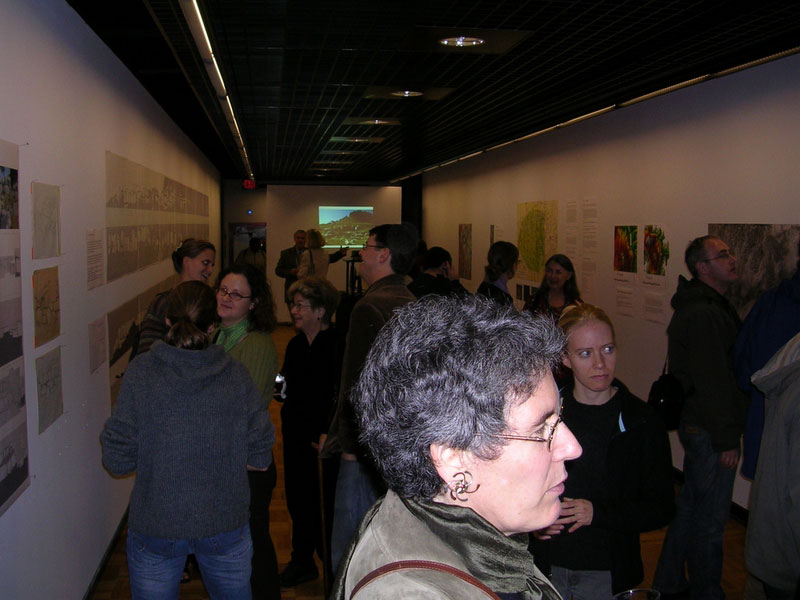 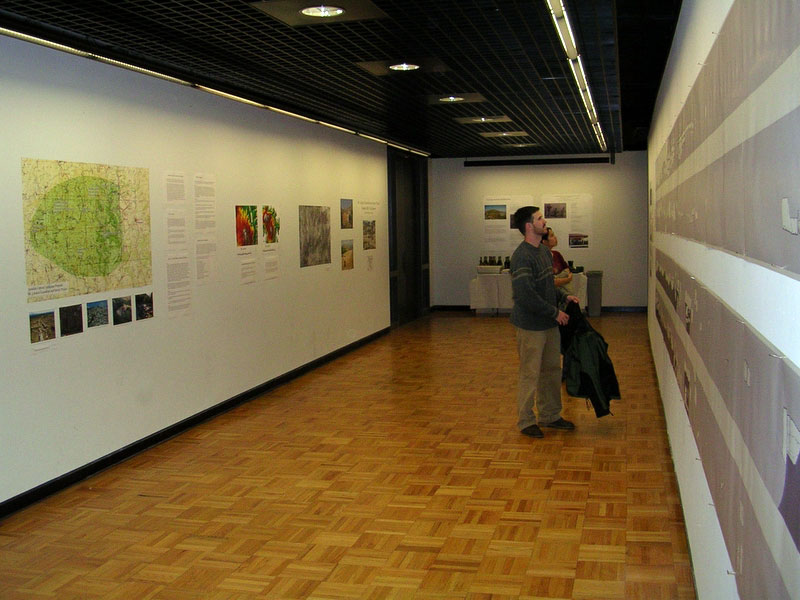 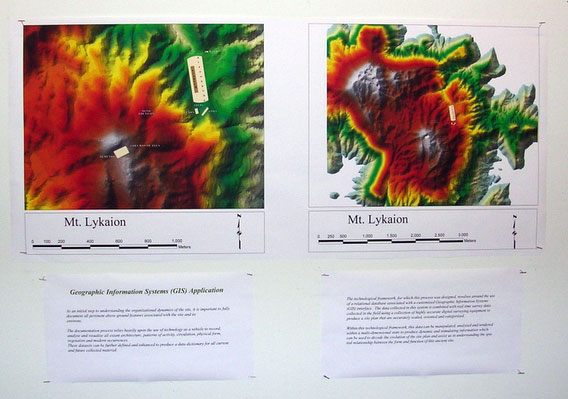 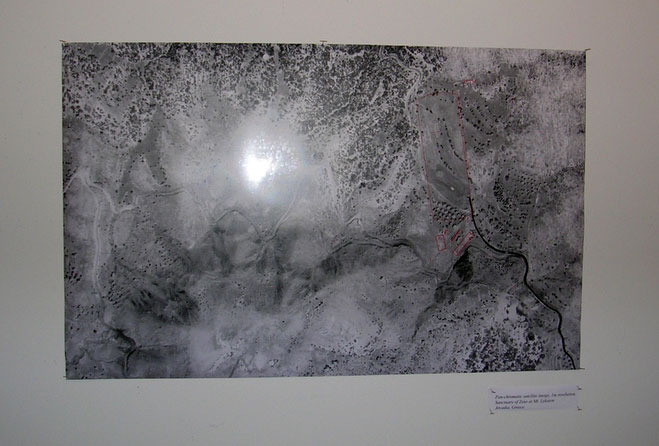 Fig. 13: High resolution satellite image of the Sanctuary of Zeus at Mt. Lykaion. 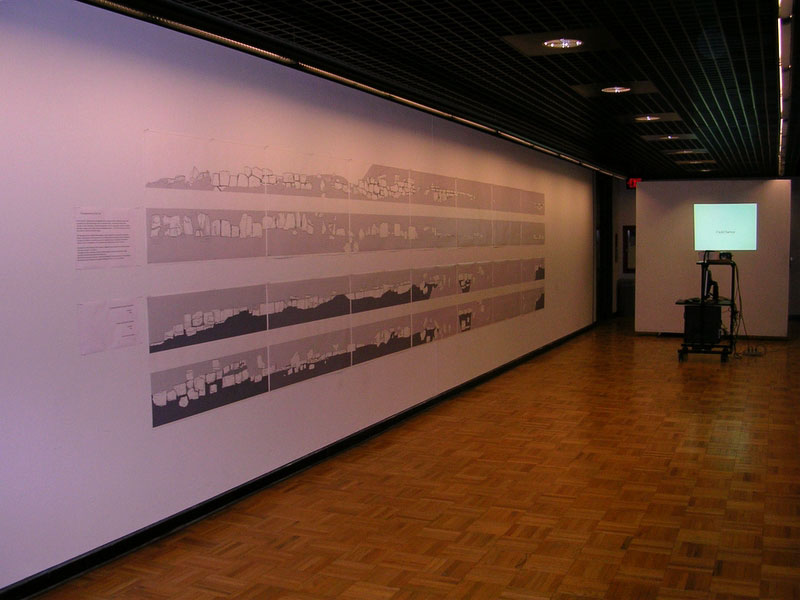 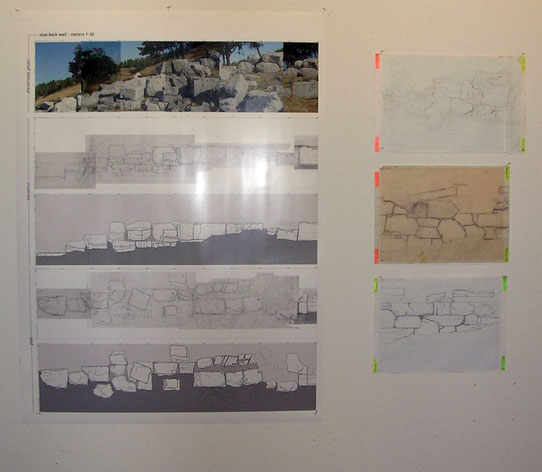 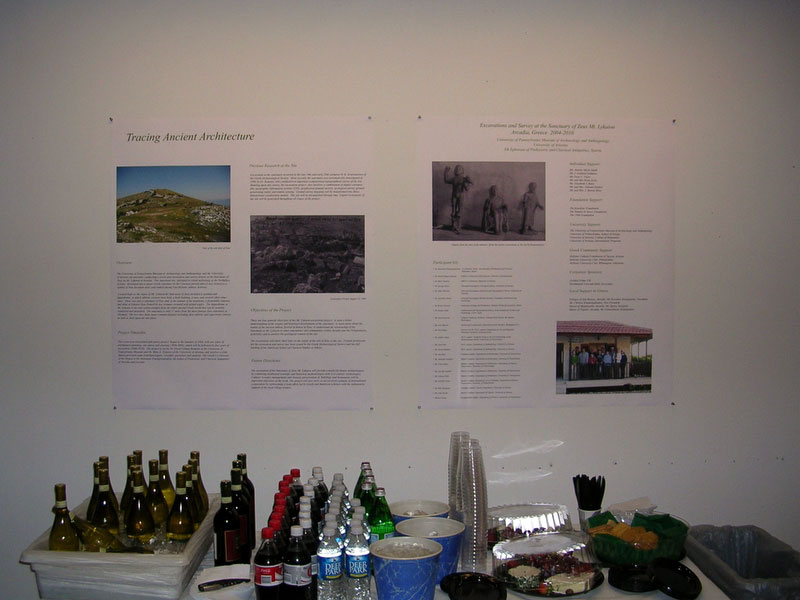 Fig. 16: Panel explaining the history of work at Mt. Lykaion and bibliography.

During the summer of 2005 four architects from the University of Pennsylvania School of Design, Department of Architecture, received Fellowships from the Samuel H. Kress Foundation to take part in the Mt. Lykaion Excavation and Survey Project. Their specific task was to make an actual-state drawing of the above-ground buildings and monuments at the site. Working togther with the topographical survey team, the architects began to make stone for stone hand drawings of each extant block from the 67 meter-long Greek stoa (long colonnaded building) in the area of the lower sanctuary. The actual-state drawings were made in both plan and section and were drawn in pencil before being transferred to the computer screen. The four architecture students include Pam Jordan, Miranda Gardiner, Jon McCandlish and Ximena Valle.

During the second week of October, 2005, with the permission of the School of Design and its Dean, Gary Hack, Pam Jordan and Ximena Valle fabricated an exhibit in Dean's Alley in Meyerson Hall that explained the work that was done during the summer and its relationship to the Mt. Lykaion Project as a whole. The gallery was the scene of a cocktail reception on Friday afternoon, October 14 at 5 pm.