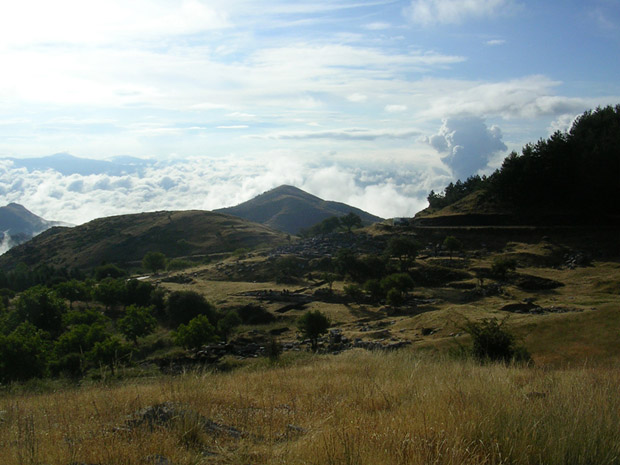 Fig. 1: A beautiful morning at the Lower Sanctuary. 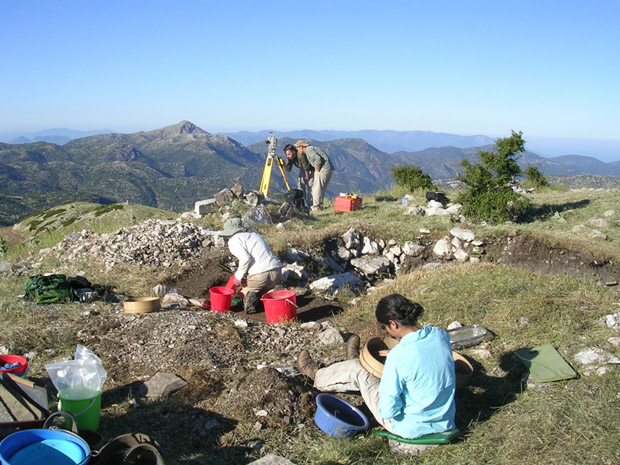 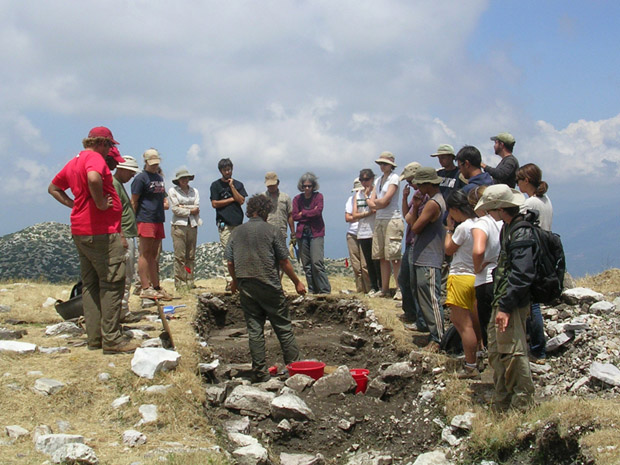 Fig. 3: Dan Diffendale explains the progress made at Trench Z. 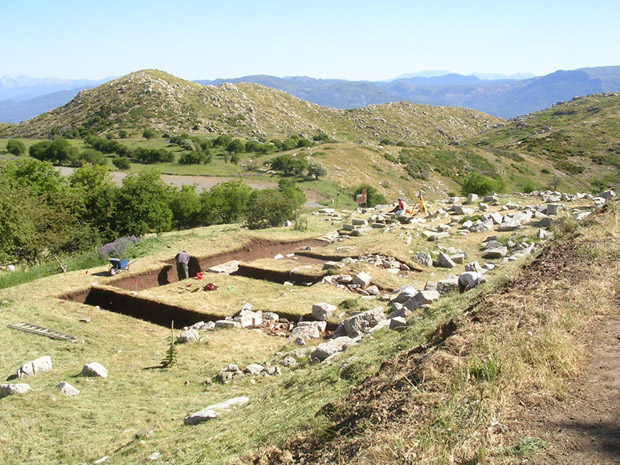 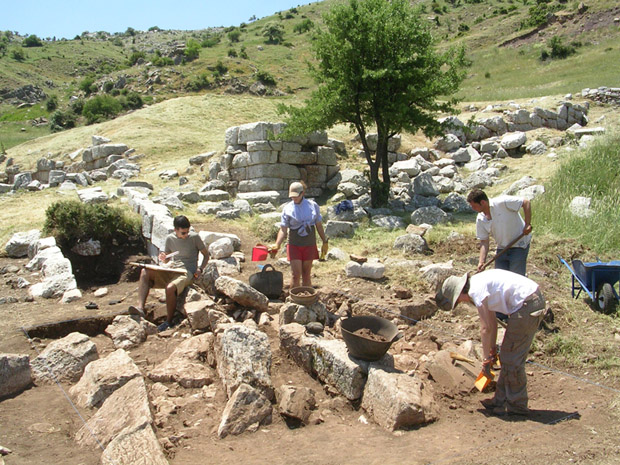 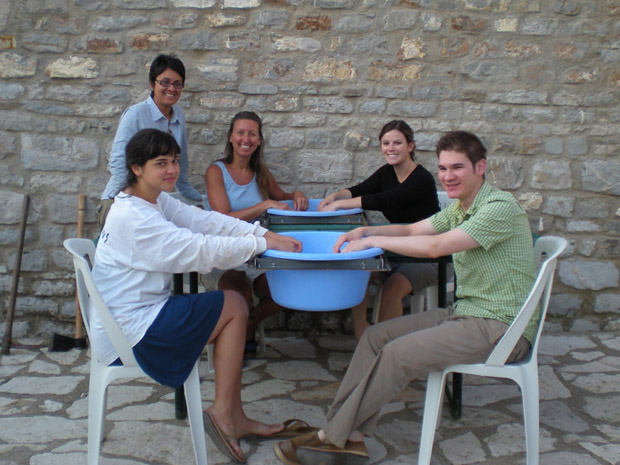 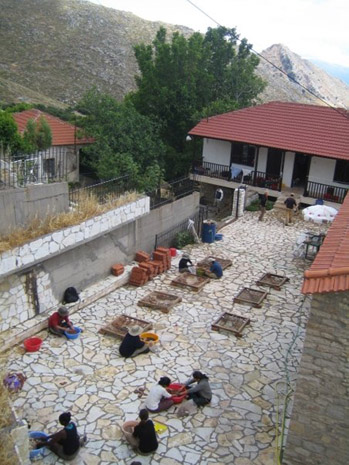 Fig. 7: Washing tile outside of the lab. 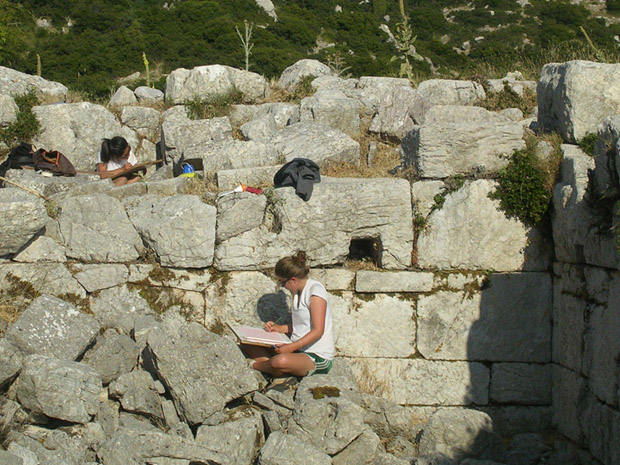 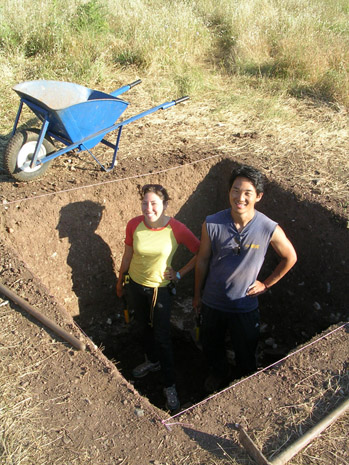 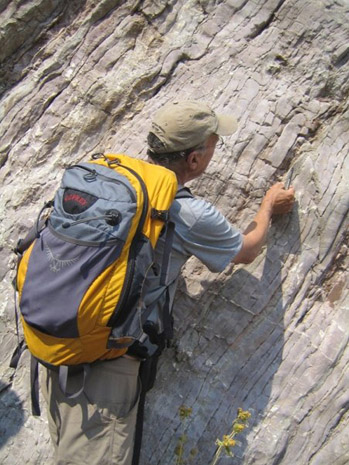 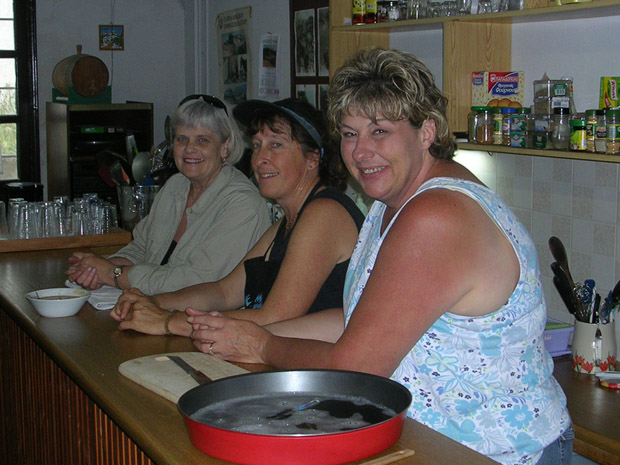 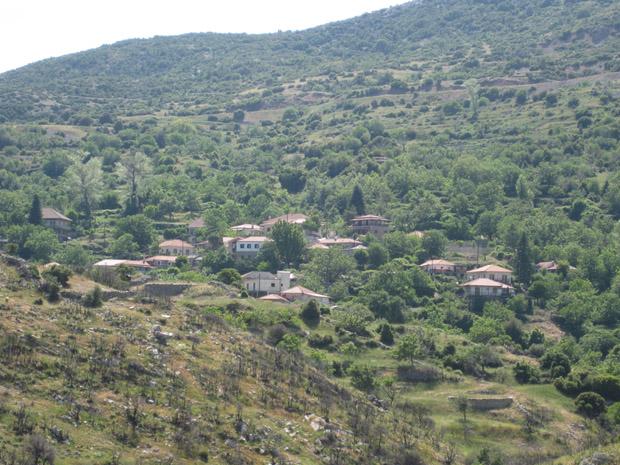 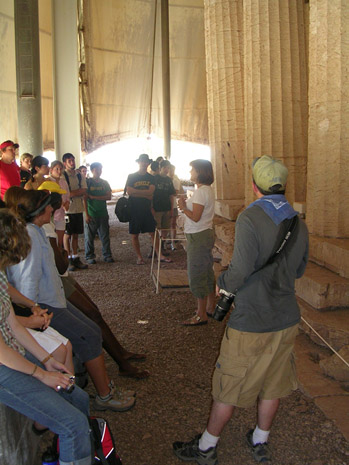 Fig. 14: Mary Voyatzis explains to the group about the Temple of Apollo at Bassai. 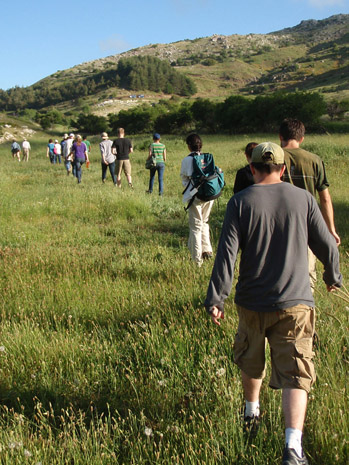 Fig. 15: Walking back from the Bath House at the Lower Sanctuary.

Fig. 16: Studying the fountain at Phygalea. 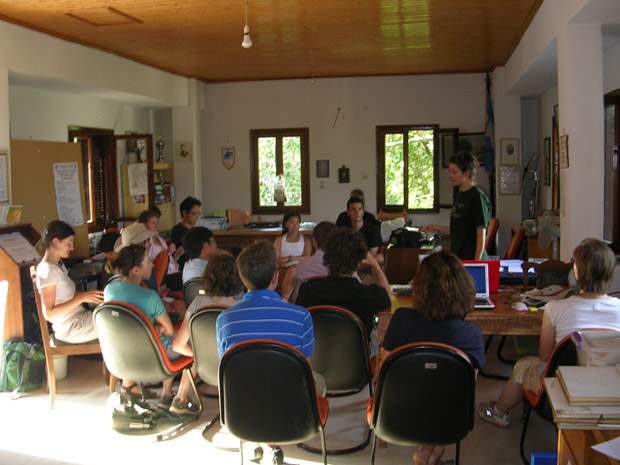 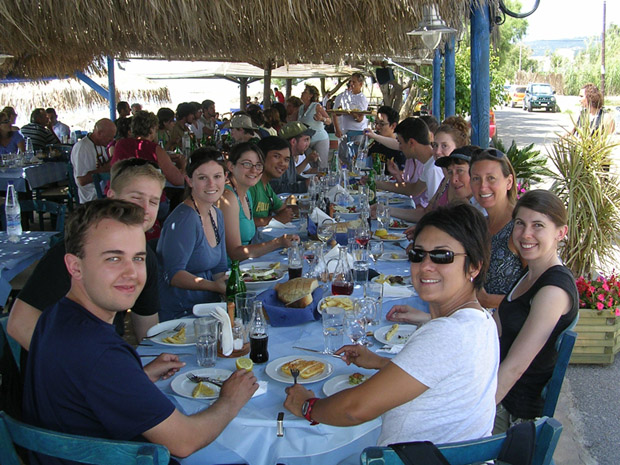 Fig. 18: Enjoying a meal before going to the beach. 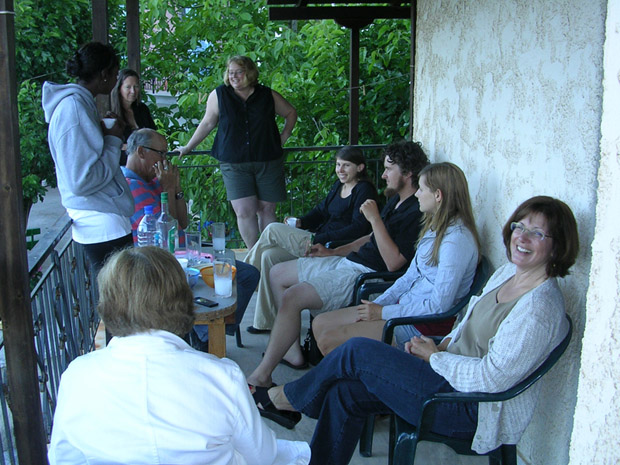 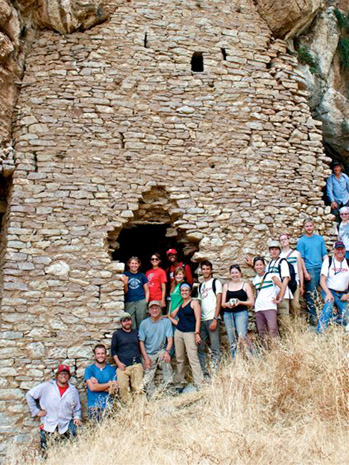 Fig. 20: Taking a break after hiking to a refuge cave. 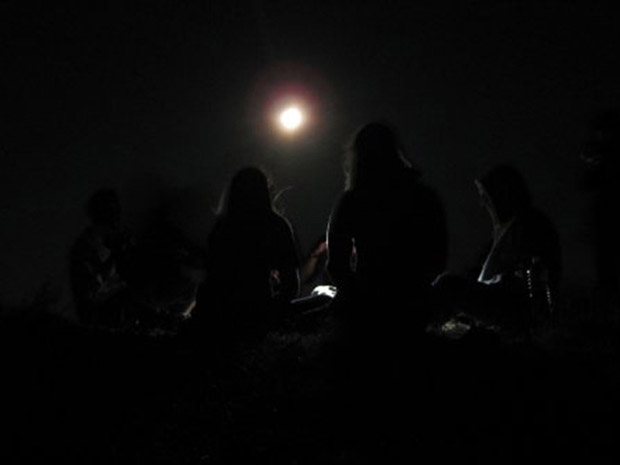 Fig. 21: Full moon from the Ash Altar at midnight.

From June 1 through July 13 a group of researchers continued their investigations of the Sanctuary of Zeus at Mt. Lykaion, where work has been underway since 2004.

The team included specialists from the University of Pennsylvania Museum of Archaeology and Anthropology, together with a team from the University of Arizona, and in collaboration with the 39th Ephorate of Prehistoric and Classical Antiquities, Tripolis. The co-directors of the project are Dr. Michalis Petropoulos, Ephor of Antiquities of the 39th Ephoreia, Dr. Mary E. Voyatzis of the University of Arizona and Dr. David Gilman Romano of the University of Pennsylvania Museum of Archaeology and Anthropology. Our synergates is Anastasia Panagiotopoulou, Director of the Archaeological Institute for Peloponnesian Studies in Tripolis. The work was carried out under the auspices of the American School of Classical Studies at Athens, and was made possible through the generosity of individuals, foundations and Greek-American supporters from the United States. The financial support of Mr. and Mrs. Nicholas Karabots of Fort Washington, Pennsylvania continues to be of major importance to the project. The Greek-American team that numbered up to 45 students and staff over the course of the summer, stayed in village accommodations in Ano Karyes and in nearby Kastanochoroi. The Stavros Niarchos Foundation through the University of Pennsylvania and The Wallace Foundation through the University of Arizona were responsible for supporting many of the students who came from these two universities. The cordial and helpful assistance given to all members of the project by the Politistikos Syllogos of Ano Karyes, and its president, Mr. Christos Koumoundouros, continues to be greatly appreciated by us all.

Five local workmen cleared the site of brush and high grass, and also served as workmen for the trenches that were dug in the lower area of the Sanctuary of Zeus. Our work was divided into several parts that included a geological survey, topographical and architectural surveys, architectural documentation and scientific stratigraphic excavation.

Dr. George Davis of the University of Arizona and a small team continued the geological survey of the area immediately surrounding the southern peak of Mt. Lykaion, defining the structural geology of the region.

Two topographical survey teams continued the work of documenting the location of every above ground and visible stone block at the site.

Ms. Terri Moreno of the Arizona State Museum was our conservator, supported by the Samuel H. Kress Foundation. Expropriation of land is underway and includes areas in and around the ash altar and in the temenos on the southern peak of the mountain as well as in the lower sanctuary. Dr. Mary Voyatzis and Dr. David Gilman Romano presented a talk on the subject of the proposed Parrhasian Heritage Park at a meeting on the Tenth Recreation of the Modern Lykaion Games, 2009 at the War Museum in Athens on June 15. Such a park would serve to protect and unify the ancient cities and sanctuaries in the area of Western Arcadia, Southern Elis and Northern Messenia. (See plan back page).

We continued several trenches from 2008 and opened a number of new trenches. At the altar we continued Trench Z, extending the original trench to the north and to the east. Stratigraphic sequences were found indicating first use of the altar in the prehistoric period. Pottery was found from the Late Neolithic, Early Helladic, Middle Helladic and Late Helladic periods. The Mycenaean material is especially well represented, characterized by dozens of Mycenaean kylikes and other small finds. Above this level, the stratigraphy includes Sub-Mycenaean and Dark Age material, as well as Geometric, Archaic, Classical and Hellenistic sherds in what appears to be a continuous sequence. Multiple miniature bronze tripods were recovered as well as silver coins, metal objects, and miniature dedications of various kinds. Great quantities of animal bones continue to be unearthed, but no human bones have been found. Trench ZZ was begun approximately 10 m. to the southwest of trench Z in a location that may include a geological fault. Our work at the altar was supported in part by a grant from the Institute of Aegean Prehistory.

In the lower sanctuary, trench G was continued in the area immediately to the north of the seats or steps where a portion of a terracotta water channel was discovered that may relate to the use of the seats in the 4th century B.C. Trench N was continued in 2009 in an area outside the northeast corner of the ‘xenon,’ revealing a long sub-surface open air corridor with carefully cut walls. We cleared more of the 67 m. long stoa building, including the continuation of trenches L, M and O and began trenches CC and DD. In the hippodrome we began three trenches, R, S, and BB.

Following the excavation and survey season, on August 9 David Romano attended and participated in the 10th recreation of the Modern Lykaion Games which were held on the surface of the ancient stadium and Hippodrome.

This text summarizes the work of the Mt. Lykaion Excavation and Survey Project conducted during summer 2009. A full color version of the brochure with Greek and English text, photographs and maps can be downloaded here.